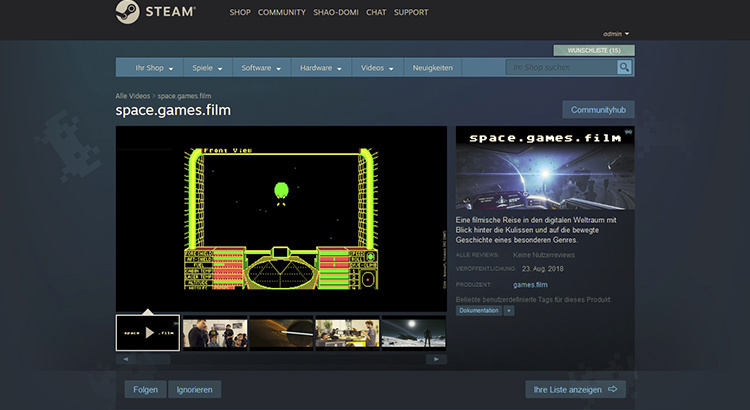 space.games.film is available for purchase on Steam. So far our space games documentary was exclusively available on Vimeo. Now we’re closer to the community. So to all game and documentary interested fans: have fun!

If you want to support this and upcoming film projects you can do so by taking part in a short survey. Thank you very much in advance!

To the survey: Klick 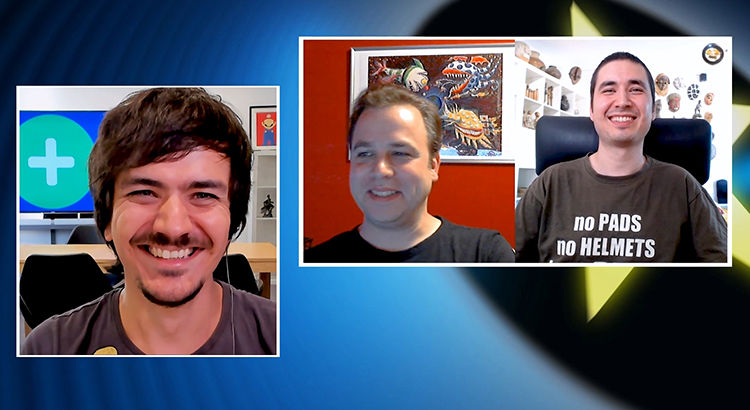 This time there is an interview with us instead of from us. We were interviewed by Michal Graf from  GameStar magazine, for which we have already done a few documentaries. Now it was our turn to stop hiding behind the camera and answer questions. Of course we talked about the GameStar documentaries produced by us, but also about how Michael and we got to know each other and therefore about space.games.film. 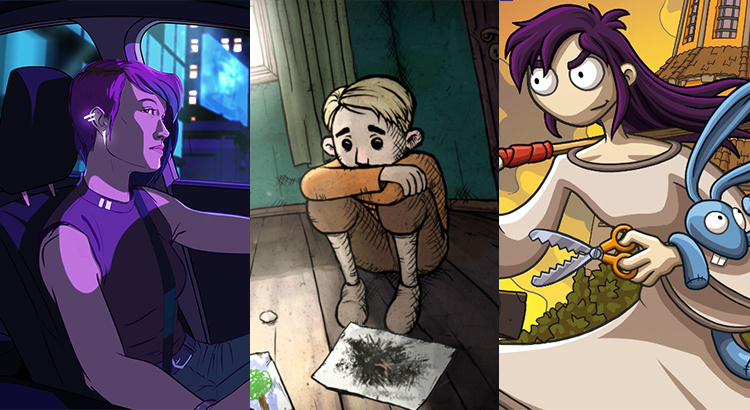 Besides our promotion for space.games.film, I, too, had the chance to check out some games. Here are my favorites: 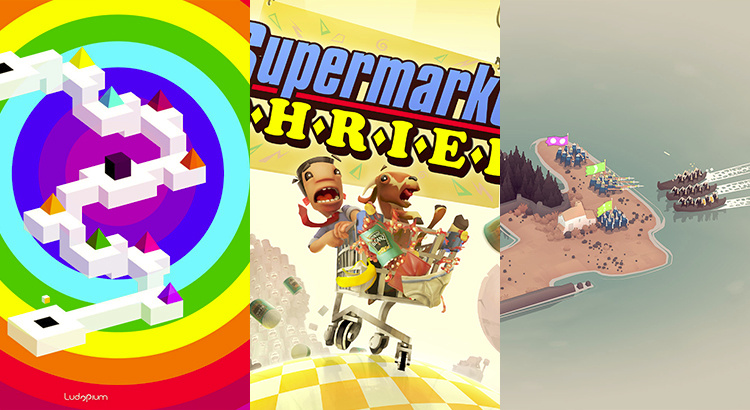 The Gamescom 2018 is over and with that also our principal photography work of the new Indie Arena Booth film, as well as our work as exhibitors to promote space.games.film. During that time we got to know a whole lot of very interesting people and projects. After some time has passed now to digest all the impressions, I want to present my personal indie game highlights. That list is far away from being complete since there were just too many cool games, but I had to make a choice, which looks like that:

Not only because they were our neighbours and were throwing beat after beat at us day after day, I will never forget this game. The principle to move a cube over an obstacle course with the rhythm of the music is as simple as it is addictive.

It gets even simpler with this game, which is best played with two players. A man and a goat sit in a trolley and have to drive through supermarkets with obstacles. One player steers left, the other one steers right, if both players press their button at the same time, the trolley drives forward. Fun is guaranteed!

For minimalistic strategy players this title will be interesting for sure. Easy to learn, hard to master is Bad North, where you control a maximum of four little armies over a little island to defend it against oncoming enemies.

Also recommendable are the games Flotsam (strategy title with a touch of Waterworld), Everspace (roguelike-space-shooter) and My Child Lebensborn (serious game ensuring goosebumps). As said, there are just too many games to name them all, but this is just a little selection of my personal favorites. If you want to get an impression of all the games of this years Indie Arena Booth, go to this site. 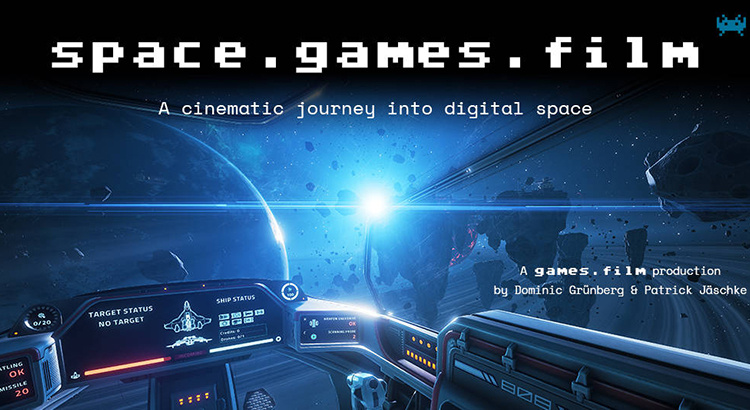 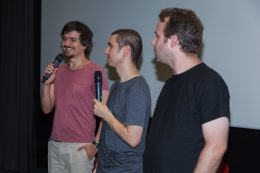 In the cinema of the Cologne Game Lab and ifs the premiere of our documentary about space games, space.games.film, took place on the 23rd of August. Together with developers, press, film and space sim fans, we could finally show the film to the public and celebrate its release. Furthermore there were opportunities to talk about the film and its development with the protagonists and us filmmakers in the course of a meet & greet before the film and in a Q&A, moderated by Gamestar-editor Michael Graf, after the film.

space.games.film is available now at: